Photographs of the watershed, open for submissions.

Please send your photographs to   lori4675@gmail.com   along with any information you would like attached [i.e. the plant/s or animal/s or location definitions, and your name if you would like it included].

Unless stated otherwise: all notes are from Plants of Coastal British Columbia by Pojar & MacKinnon [1994 edition].

2019: top of page are the most recently posted

Chocolate lily [Fritillaria lanceolata], not quite blooming yet: April 16/ 2019.

Miner’s-lettuce [Claytonia perfoliata]: a somewhat succlent annual, called Miner’s-lettuce because early miners and settlers used it as a salad vegetable. [from Pojar & Mackinnon]

Bigleaf maple [Acer macrophyllum]: “… the winged seeds descend like little helicopters, which greatly increases their dispersal… and sprouts can grow over 3 m tall in a single year.” from Plants of Coastal British Columbia by Pojar & MacKinnon, 1994. This photo taken March 26th 2019 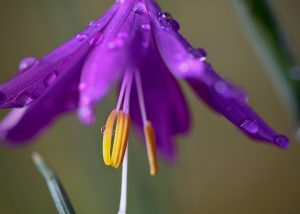 Same Skunk cabbage from above.

Oregan grape, sending out a bud on Oct 22nd.

Found next to camas and Garry oak: Chocolate lily [Fritillaria lanceolata]. Like the camas, the bulbs were eaten by the Coast Salish.

Calypso orchid [aka Fairyslipper], forest floor. Once the flower is picked the plant usually dies. 20 April 2018

Rattlesnake-plantain [Goodyera oblongifolia] a native orchid, no flower yet. This one found among mosses in confierous forest. 3rd April 2018

Monday, 30th Oct 2017: If correctly identified from “The Pocket Guide to Wild Mushrooms” by Holmberg & Marklund: these mushrooms might be Conifer tuft [Hypholóma capnoídes]. They grow on rotting tree stumps, late fall.

Monotropa uniflora, also known as the ghost plant, Indian pipe, or corpse plant. See the last photo here for the dialogue regarding ‘saprophyte’ versus ‘parasite’ designation and why there was a change in this status within the last few years.

This plant is white as it does not contain chlorophyll; considered parasitic because it doesn’t get energy from the sun, but from hosts which are a type of fungi, which in turn are in a symbiotic relationship with photosynthetic trees, therefore it can grow in very dark environments [i.e. the understory of dense forest].  Until recently, Indian Pipe was considered a saprophyte (meaning it lives on dead plant material recycling the nutrients) not a parasite (meaning something that lives on living material, plant or animal). But recent science has changed the designation: “Monotropa uniflora is, indeed a plant, but it has evolved into an entity that no longer needs chlorophyll to produce energy for itself. Instead, it steals energy from other plants—specifically from trees. It does this in a tricky, roundabout way by joining its roots with the mycelia of mushrooms that, in turn, are networking symbiotically with the roots of nearby trees. The Ghost Plant is a parasite. The mushrooms involved, are not.”  http://sci-why.blogspot.ca/2015/05/the-ghost-plant-monotropa-uniflora.html